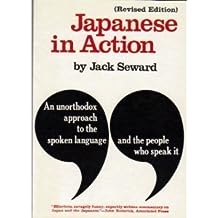 In his entertaining book “Japanese in Action!,” author Jack Seward describes something that he calls the “fool valve.” The phenomenon is that some Japanese people see a white face, and assume that the person can’t speak Japanese. Even if the white person speaks very fluent Japanese, the preconceived notion in the Japanese person’s mind prevents him from hearing the Japanese coming from the white person’s mouth.

There’s also a hilarious YouTube video that illustrates the point:

I never really experienced this when I was working in China. Sometimes people were surprised to hear me speaking in Chinese, but they always seemed to adjust very quickly.

I want to add at this point that although my Vietnamese isn’t as good as my Chinese, I can still hold my own in a visa interview. Several of the local staff have complemented my language skills. I’m comfortably sure that a reasonable person would understand me if I walked up to them on the street and asked to see their passport. They would definitely think that I was a strange little man, but they would understand me nonetheless.

However, this guy was stuck. I think he saw my white face, and assumed that anything out of my mouth would be English. He stared at me with a deer-in-the-headlights expression, and said again in Vietnamese: “Vietnamese, please.”

I repeated myself slowly and loudly, enunciating every word like I was talking to a child. “Please. Show. Me. Your. Passport. ” That seemed to help. It took about four back-and-forth turns before the valve in his mind got unstuck, and he realized that I was speaking to him in Vietnamese. I worked my way up, gradually speaking more quickly and naturally. By the end of the interview, we were chatting at normal speed in Vietnamese.

This site uses Akismet to reduce spam. Learn how your comment data is processed.